By 1929 Hoppé had completed comprehensive photo-essays for several large volumes that he published on Britain, Germany, and the United States and was ready to head for destinations more exotic. Late that year he set out to photograph Australia. Intending to stay for only a few months, he found the country so culturally rich that he photographed continuously for almost an entire year. Hoppé’s intensive photo-documentation was the first time a single photographer had covered the entire geography of this vast continent. With his remarkable skill to show unique qualities of each of the subject that he photographed, Hoppé focused on those elements that codified Australia’s unique cultural identity as a multicultural nation. In 1931 Hoppé published photographs in a folio-sized book that he titled The Fifth Continent. Despite its 160 full-page letterpress plates the volume did not begin to span the epic national document that he had produced. As Hoppé explained in the introduction to the book “I would have included, indeed twice or thrice the number of pictures [and this] would still have been insufficient to show all that I could wish”. Perhaps it was the economic limitations of publishing a book in the height of the Great Depression but Hoppé noted with regret years later that he was unable to achieve the book on Australia that he wanted. In 2007 authors Graham Howe and Erika Esau published some 200 more of these remarkable images in E.O. Hoppé’s Australia but clearly it will take many more volumes to plumb the depth and riches of this 3,300 image archive that stands as a national treasure. 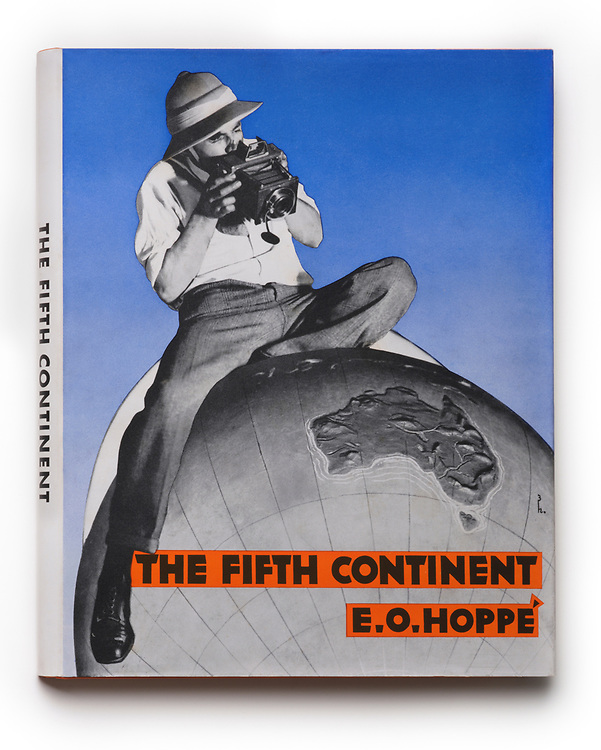