While photographing the factories of Germany’s industrial buildup in the late 1920s, Hoppé also documented its traditional small country towns and villages. It is clear in these photographs that the architecture of medieval Germany was then still abundant and that a suitably romantic view of Germany’s past could be found on a day trip to the country. Curiously, we see from Hoppé’s negative logs that after he spent one day photographing the ancient town of Hamlen (of Pied Piper fame), the next was spent in an entirely different reality, depicting the massive industry on Hamburg Harbor. As Hoppé saw it, Germany was both the old and the new. “Romantik der Kleinstadt” shows his affection for the traditional. 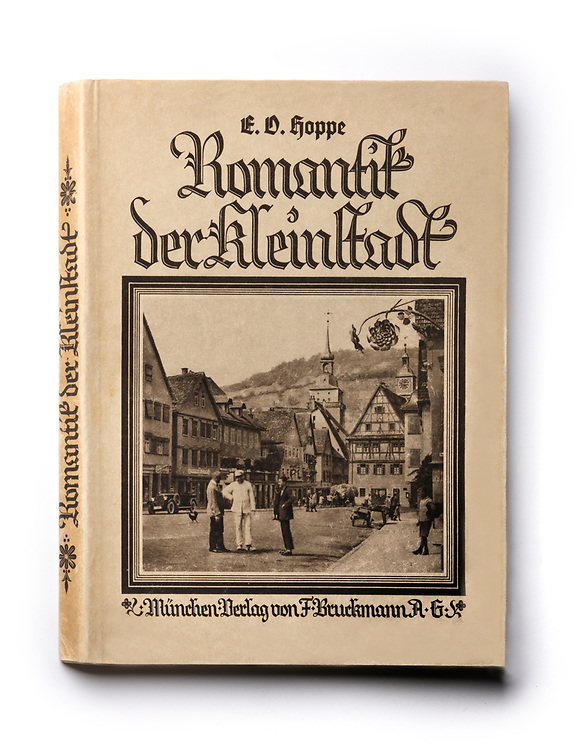