In 1925 Hoppé received a commission from German publisher Ernst Wasmuth to make a photographically illustrated book of America. From late 1925 and for most of 1926 Hoppé traversed the continent several times making photographs for his book Romantic America to be published as part of the Orbis Terrarum series. Hoppé's view of America was geographically expansive from the Brooklyn Bridge to the pueblos of New Mexico, from Hollywood back lots to Seattle lumber mills, and from the First African Baptist Church in Savannah to the wheat farms of Utah. Wasmuth’s commission required that Hoppé photograph scenes primarily without people in them so that the pictures would remain current in their appearance even as fashion changed. Presumably Wasmuth wanted the book to have a long shelf life. Not one to pass up an opportunity, while on his travels Hoppé did photograph many different "types" of Americans making an early and important studies that reveal a multi-cultural society attempting to connect across racial, cultural and economic differences. 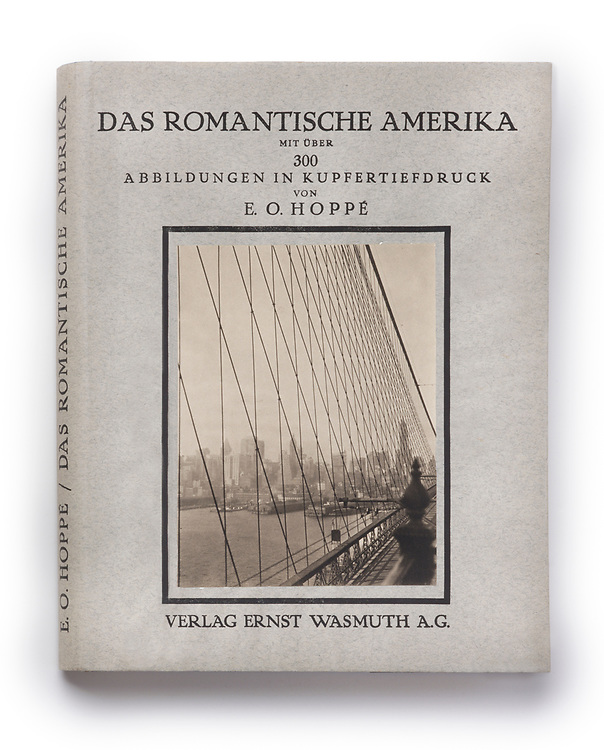